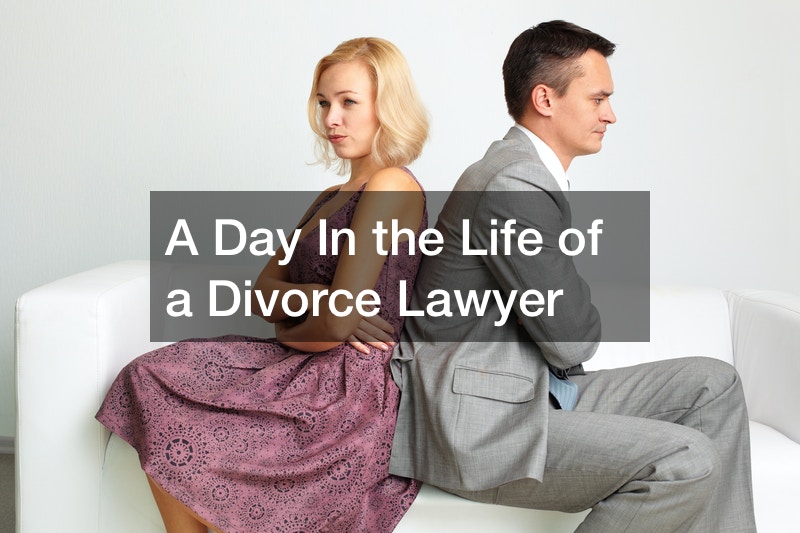 Have you ever wondered what it was like to be a divorce lawyer? If you have thought about going into the field of family law, this article was written for you. A divorce attorney is a mediator between divorcing couples. The legal voice of a person involved in a marital dissolution. Giving legal advice to people who are in the midst of a battle of emotions. If you are going to be a divorce lawyer, you will need additional skills and training in the family law arena.

The first question I may have is, “What is a divorce trial like?”. The answer is that it is like any other trial, heard before a judge and occasionally may be held before a jury. Each party in the divorce is allowed to provide evidence and witness in support of their claim. These claims may be concerning child custody arrangements, asset division, and child or spousal support. The upcoming sections of this article will show what a divorce attorney does to get to the trial day.

How Does a Divorce Lawyer Start the Day?

The most important part of the day for a divorce lawyer is gathering clientele and scheduling meetings with them. If you have done a good amount of advertising, this should happen on its own. It also happens by word-of-mouth as your reputation improves. The job of finding clients should become less of a chore because potential clients will be calling you. Contacting your office to schedule consultations. This should free you up to do more legal types of tasks (what you went to school for).

Meeting With the Client

Once the lawyer has his/her list of clientele, a conference needs to be scheduled. This conference will discuss how the client wants to proceed with their case. It could be about drawing up a separation agreement. Or the division of property and assets, or even setting up child custody arrangements.

A good portion of the day might be meetings with clients, their spouses, and even the spouse’s attorney. All of these meetings are in conjunction with the finalization of the divorce.

As anyone who has ever worked in a law office knows, email is a big thing. There are all kinds of emails a divorce lawyer must go through. There are emails from clients, any other child custody attorney, and on some occasions the court. These emails might have documents regarding the case attached to them (which will need to be opened, printed, and reviewed). There are also those emails that just cannot wait. Someone has marked it an emergency or urgent, and it needs to be dealt with quickly. However, a big portion of the day can be delegating each email in importance.

During the course of a day, the lawyer may have to deal with a variety of issues. When we explore what a divorce trial is like, there can be a number of issues.

Some divorces are not the standard male/female dissolution of marriage. There are cases of same sex divorces in which a same sex divorce attorney might need to handle. The same issues can arise with same sex divorce–child custody, asset division, and alimony/child support.

Basics of a Divorce

Each state has some form of divorce that is considered no-fault. This means that you do not have to disclose why the marriage is ending. All that you need to tell your divorce attorney is that neither party wishes to remain in the marital union. There is also a process called a fault-based divorce. In this case, the misconduct of a spouse–such as abandonment or adultery–is used as grounds for dissolution.

When client’s with these types of divorce ask what a divorce trial is like, the attorney advises them accordingly. It will be up to the judge to divide their assets acquired during the marriage. The judge will also make a decision according to child support, alimony, custody, and visitation.

So, what is a divorce trial like? In every case of divorce it’s the judge who does the division of marital assets (including debts) acquired during a marriage. In cases of same-sex marriage, if couples were cohabitating prior to legalized marriage this may result in an unfair settlement.

What is considered marital property? This is anything either spouse purchased while the marriage was in effect. This is often where the divorce attorney is most needed. A mistake in the division of marital property can be very costly. Therefore, before signing any papers, talk to your divorce lawyer.

Don’t have to go before a judge to figure out your property division issues. This can be handled by a divorce attorney. The divorce attorney is able to draw up a separation agreement outlining how property (and debts) are to be divided. This attorney will explain, the judge needs to sign off on the agreement for it to be legal and binding. Until this happens, all property belongs to both of you.

This is also true of any debts incurred during the marriage. A divorce attorney includes these debts in the settlement agreement regarding who is responsible. If the debt is to be split 50/50, the divorce attorney notates this in the agreement.

What about my leased car?

Inform your divorce lawyer if you are driving a leased car. Vehicles owned by car rental companies are not considered an asset to the marriage. Therefore, your attorney will advise you not to list it as property on the property disclosure of the dissolution paperwork. However, you will need to let the court decide who is going to resume payments for the vehicle.

A divorce lawyer is familiar with child custody laws pertaining to the state in which he or she practices law. Your lawyer will explain the various types of custody. Such as, physical custody, legal custody, sole custody, and joint custody.

If the child is spending quality time with both parents, a divorce lawyer will suggest joint physical custody. This is a good arrangement if the parents live in close proximity to one another. It is the least stressful and helps to maintain a routine of somewhat normalcy for the child.

The parent whom the child spends most of the time is described as the custodial parent. The divorce lawyer will write up a suggested arrangement to present to the judge regarding visitation for the other parent.

When someone has the legal obligation and right to decide a child’s upbringing, they have legal custody. These decisions apply to where their child attends school, the religious influences (if any) the child has. Also, any choices regarding medical care. All these are responsibilities of the parent with legal custody. If it is shared legal custody the parents’ request, the divorce attorney needs to explain all stipulations of it. Should one parent make a pertinent decision without including the other, the excluded parent can take them to court. If this happens, your divorce attorney will have to pay more money, which will be costly.

This type of custody is normally awarded when one parent has been declared as being unfit. This could be because of drug dependency, alcoholism, child neglect or abuse, or even the mental illness of the other parent. Inform your divorce lawyer of any possible reasons you think the other parent is unfit. This is another thing the divorce lawyer takes care of in regard to child custody law.

This is similar to physical custody. When the parents live apart, yet all responsibilities are shared between parents. An arrangement of joint custody may exist if parents are no longer cohabitating, separated, divorced, or have never cohabitated. A child custody lawyer will explain if your situation meets the grounds for a joint custody agreement.

Drawing up a Joint Custody Arrangement

When two parents meet the requirements of a joint custody arrangement, they want to work out a schedule. They will want to contact a family law attorney. The family law attorney will draw up a joint custody arrangement that meets parent’s work schedules, children’s needs, and housing arrangements. The court will set up this arrangement should the parents not find an agreeable schedule. Most arrangements include the division of time spent equally between parents’ separate homes. Also, holidays are usually split according to odd or even years.

What do you do in the case of your spouse is convicted of a white collar crime? Are you, the innocent spouse responsible for paying back the restitution for this crime? If you are in the middle of a divorce case, your divorce lawyer can help with this.

What is White Collar Crime?

White collar crime is when a person acquires access to entitlements, assets, or money that is not legally theirs. This is a crime of some sort of fraud. It can involve corruption, official misconduct, mortgage fraud, Medicaid fraud, check or wire fraud. This can also be fraud that involves computers or cyber fraud, forgery, and illegal trading.

If your spouse has been accused of a white collar crime, you should contact a divorce lawyer immediately. You might be in danger of arrest yourself, and you will need your lawyer to help arrange for a bail bond if you are.

A conviction for a white collar crime goes much further than criminal; it most likely will have civil consequences. You need to back away from the situation by filing for divorce. A divorce lawyer can help to ensure you and your children’s lives are not affected by these crimes.

In concluding this article about a day in the life of a divorce lawyer, you can see it is quite a busy one. If anyone says an attorney does not earn their high priced rates, they definitely have not been paying attention.

Following several years of college, then law school, a person choosing the field of family law takes on a lot. Anytime you choose to work with people, you are inviting conflict. When emotions are running high, as they are during a divorce, it is the divorce lawyer who keeps it cool.

The day of a divorce lawyer is never over, it just continues on to a new day. From advertising for clientele to answering emails and phone calls. Scheduling consultations for new clients, and appointments for current clients. Meetings, depositions, mediations, and court dates.

Although it is stressful and busy, it is a worthwhile and rewarding job when a case is won. All the hard work paid off and helped a domestic violence victim escape her abuser to start a new life. Or the victim of a white collar crime gets absolved of her partner’s crimes. It is rewarding to see a victim freed of a bad situation because of the hard work of her attorney. Even child custody cases in which the divorce attorney worked so hard to get the best arrangement. Later down the line learning that arrangement actually worked and the parents are co-parenting excellently!

A divorce attorney works hard for their clientele. No matter what their sexual preference is. They work just as hard to ensure a same sex divorcing couple gets the same rights as a traditional couple.

Divorce attorneys are trained to look for loopholes in the law to help their clients win the outcome they are seeking. Loop-holes that are legal that is. After all, it’s all in a day’s work for a divorce attorney. Tomorrow is a new day, filled with many more legal issues to solve. Never again will I think a divorce attorney has an easy job and doesn’t work hard for their money. 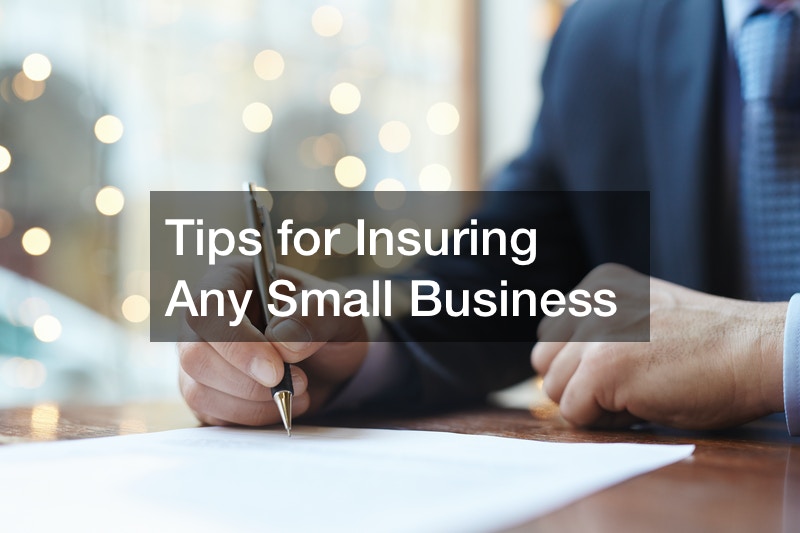 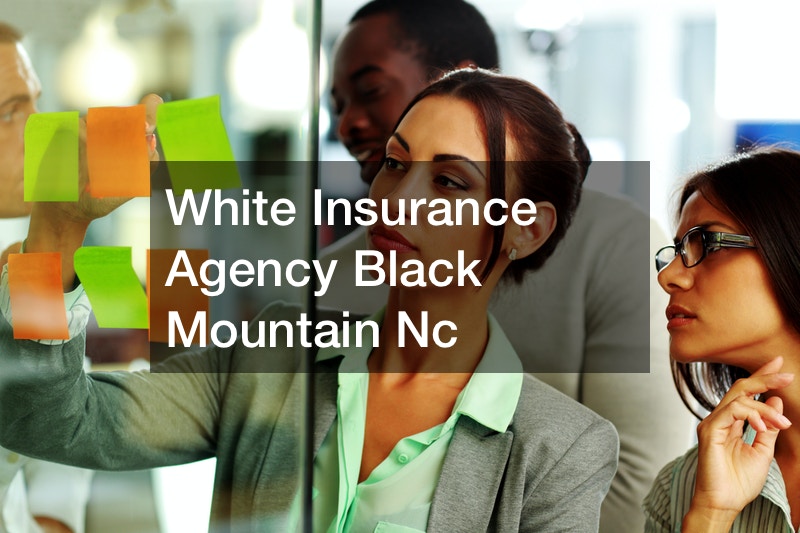 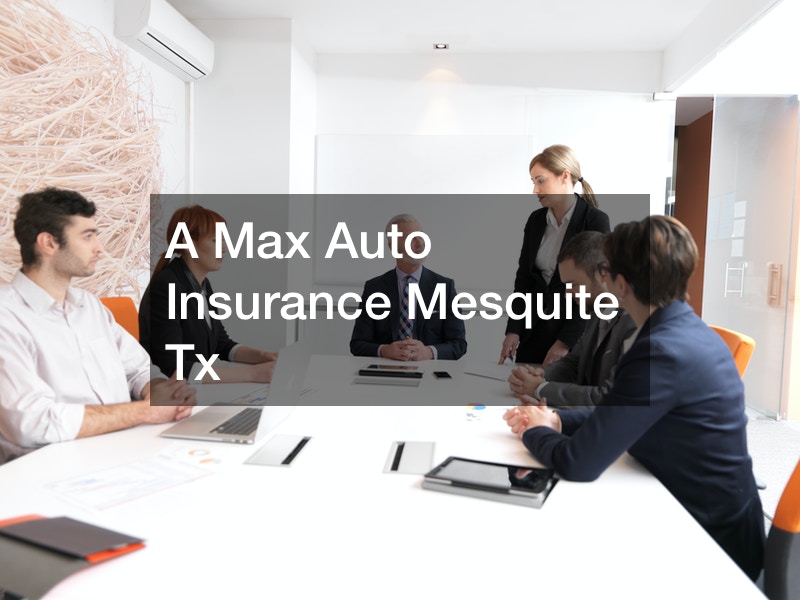